I decided to write a short article on the incredibly gifted fashion designer, Michael Cinco. With fashion week just days away, I am getting so excited that Michael's latest couture collection will be walking down the runway in Dubai this season.

Michael's designs are refreshing, and just as captivating as a piece of art. They don't only look elegant, and detailed with luxe and Swarovski crystals; he believes in balance so the dresses look heavy and expensive, but appear to be floating and perfectly seamless. His bridal gowns are to die for.

Michael is a top pick fashion designer for celebrities including Jennifer Lopez, Rihanna, Lady Gaga, Tyra Banks, Naomi Campbell, Beyonce, Carrie Underwood, Kylie Minogue, Nicole Scherzinger, Fergie Ferguson, Chris Brown, Ashanti, Brandy, Ellie Goulding, Britney Spears, and the list goes on. You might have seen Sofia Vergara wearing a Michael Cinco gown at the Golden Globes 2013, he has also designed many costumes for Mila Kunis. Just shortly after this latest Michael Cinco fashion show I attended (video below), Jennifer Lopez was hosting the 2015 American Music Awards in one of the gorgeous crystallized red dresses I watched go down the runway. It's always fun to see which celebrity you will spot wearing the looks you got to see first.

This being my first Michael Cinco fashion show to attend, I had no idea what to expect. Now I know to prepare myself for a huge adrenaline rush. The moment the show opened and my eyes connected with the first piece, I was mesmerized. As the show went on, I was floating just the same as the gowns! I was entirely speechless, and can only say I never, ever want to miss a Michael Cinco show... ever.

Keep posted for more posts on Michael Cinco, and make sure you are following my instagram (with notifications turned on) to be the first to spot his new collection - just days away. ♡

Click below to see a small gallery of celebrities wearing Michael Cinco's designs (the first 3 designs are from this fashion show!). 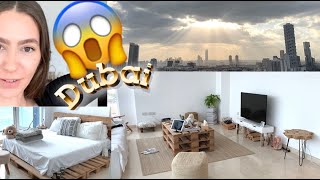